And this development is taking major points from his attempt to relaunch self.

His latest trouble comes from die hard followers of billionaire business man Femi Otedola.
They are taking on the former governor on multiple fronts for daring to “copy” the followers luring antics of their principal.

“But what manner of vaingloriousness would drive Orji Kalu to engage in a subtle yet aggressive jostle with billionaire oil magnate, Femi Otedola, for the limelight?” they ask.
Labeling Kalu “an expired politician” in emerging reactions, the Forte Oil social media warriors are taking on the former Abia state governor for replicating the video of Otedola in a public bus in London and uploading it. 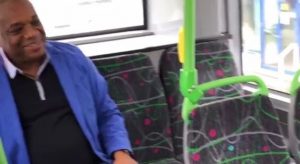 “One wonders what Kalu’s intention was with his copycat exercise” the forte oil “defenders” ask in multiple reports which hit the politician hard for his action.

The reports which look set to affect the former governor’s efforts at regaining recognition in political circle are springing up here and there according to checks by societynow.ng.

Keen observers however claim that the emerging attacks on Kalu is just another ploy at keeping Otedola who is doused with talks of political ambition in the news. 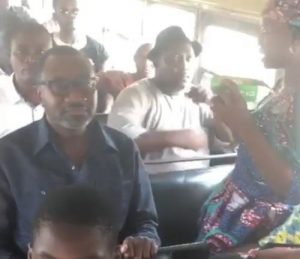 ‘But in doing this, Kalu who needs all hands on deck to relaunch self would obviously suffer and he is suffering already because Otedola has quite a band of spin doctors” a source stated.