The Nigeria Deposit Insurance Corporation (NDIC) was established with the core mandate of Deposit Guarantee, Bank Supervision, Failure Resolution, Liquidation as well as contributing to banking policies. Since its establishment, the Corporation has been doing its best to collaborate with safety net players especially the Central Bank of Nigeria (CBN) to ensure financial system stability in Nigeria.

The Corporation adopts various bank failure resolution measures such as Purchase and Assumption, provision of liquidity support, assisted merger, take over and management of ailing banks. Other strategies include the establishment of bridge banks and where necessary, the outright liquidation of failed insured institutions.

It would be recalled that due to the deterioration in the financial condition of Skye Bank Plc as a result of mismanagement by the erstwhile management and directors of the bank, it became necessary to sack them and appoint a new management team in July, 2016. The essence of this was to resuscitate the bank given its size and complexity in the industry.

The ‘Bridge Bank’ as a failure resolution option was adopted with the establishment of Polaris Bank Limited, after which the operating license of the defunct Skye Bank was revoked by the Central Bank of Nigeria (CBN). The key objectives of bank failure resolution include but not limited to maintaining public confidence, enhancing market discipline and minimising the use of tax payers’ funds as well as minimising disruption to the banking system.

Simply put, a Bridge Bank is incorporated by the Deposit Insurer to take-over the loans and advances, fixed assets, other assets, deposits and other liabilities of a failed or failing bank on and managed until the bridge bank is in such a state that it becomes viable to be sold to credible investors. However, where the bridge bank remains unviable after the stipulated period for its existence, the Deposit Insurer could resort to its liquidation.

Although the establishment of Polaris Bank Limited immediately before the revocation of the operating license of Skye bank may appear spontaneous to the uninformed, the processes leading to the establishment of the bridge bank are actually very thorough and exhaustive as provided for under Part VIII, Section 39 of the NDIC Act (2006) as amended.

The first step involves series of consultations between the NDIC and Central Bank of Nigeria (CBN) after which the name and bridge bank is incorporated and registered with the Corporate Affairs Commission (CAC) as a limited liability company with the objective of assuming the deposits and other liabilities of the failing bank along with the acquisition of its assets.

After incorporation, the CBN issues operating licence to the bridge bank to the enable it commence operations as a fully licenced bank. At the third stage, the NDIC transfers the entire assets and liabilities of the failing bank (i.e. Skye Bank Plc) to the bridge bank (i.e. Polaris Bank Limited) under a ‘Purchase and Assumption’ (P&A) Agreement executed between the NDIC and the Bridge bank.

Under the P & A Agreement, all or some of the assets and all or some of the liabilities of the failing bank which are transferred to the bridge bank to enable it carry out the business of the failing bank, which, in this instance, happens to be the defunct Skye Bank Plc. The biggest advantage of this arrangement is that the depositors of Skye Bank Plc are able to access their deposits at the Polaris Bank Limited (i.e. the bridge bank) without hindrance.

The fourth process involves the withdrawal of the operating licence of the Skye Bank Plc by the CBN, upon which the closed bank is effectively handed over to the NDIC being the provisional liquidator, as provided for under the NDIC Act, 2006, as amended. The NDIC commences the liquidation process by filing appropriate applications at the Federal High Court.

The NDIC operates the Bridge Bank and appoints Directors to manage the bank until suitable investors are found for its acquisition. In the course of all these, the NDIC enjoys forbearances from Regulatory Authorities in the operations of the bridge bank as it strives to return it to the path of profitability. The final act in the process is that once investors acquire the bridge bank, it is no longer a bridge bank. It becomes a regular bank.

The aforementioned processes were followed in the resolution of the defunct Afribank, Bank PHB, and the Spring Bank in 2011. Skye bank is only the latest to be subjected to the same resolution process.

Let me also emphasis that a Bridge Bank is not an end in itself. It can be best described as a special purpose vehicle designed to return a failing bank to profitably bearing another name. If it fails to return to profitability in the timeframe envisaged by the Deposit Insurer, the bank must be liquidated. However, the experience of the NDIC in the management of the Bridge Banks it previously established, have been highly successful. The Asset Management Corporation of Nigeria (AMCON) had capitalised the previous bridge banks established by the Corporation which it later sold to new investors. Many countries such as the USA, Philippines, Japan, Korea, Taiwan had, at one time or the other, successfully adopted the Bridge Bank option for the distress resolution of ailing banks in their various jurisdictions.

Unlike the other failure resolution options such as outright liquidation which could result in delays in depositors’ access to their total funds, the Bridge Bank guarantees depositors uninterrupted operation of their accounts. The same benefits apply to the creditors of the failing bank whose liabilities are assumed by the bridge bank.

On the whole, the Bridge bank ensures preservation and continuity of daily operations that were hitherto being undertaken by the failed bank throughout all its branches and guarantees all depositors immediate access to their deposits. It ensures that no jobs are lost in the resolution process. The adoption of the bridge bank as the resolution option of the defunct Skye Bank will save 6000 jobs and ensures continuity of banking services in the 300 branches of the defunct bank.

The shareholders having lost their investments as a result of the negative capital in the defunct bank and also for failing to recapitalise the defunct Skye Bank when required to do so by the Regulatory Authorities. The members of the Board and Management who contributed to the collapse of the defunct Skye Bank Plc will be investigated and prosecuted

The stability of the banking system cannot be over emphasised. The establishment of Polaris Bank Limited to resolve the failed Skye bank was done in the interest of depositors. Its establishment also protected the ex-employees of the failed bank by preserving their jobs.

•Umaru Ibrahim, FCIB, mni, is the Managing Director and Chief Executive of the NDIC 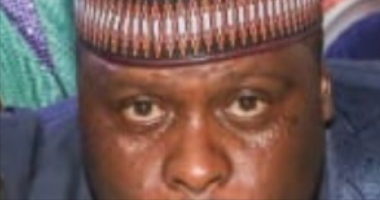 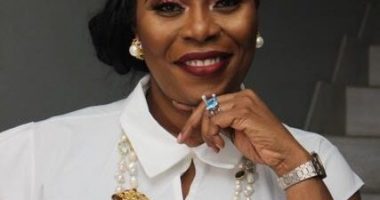 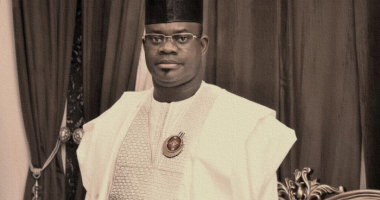 Details As Elumelu Ridicules Senator Akinyelure’s Allegation Of Fraud In…