“Why I Rode In Molue Bus In Lagos” -Billionaire Femi Otedola

Billionaire Businessman and Chairman of Forte Oil, Mr Femi Otedola has revealed the real reason that he rode in a molue, the popular yellow buses in Lagos.
Speaking at the launch of three books by Ovation Publisher, Dele Momodu at the Nigeria Institute Of International Affairs (NIIA), Lagos, Mr. Otedola said he was motivated by two reasons.

According to him “Sometime back I had taken a ride on a bus in London, and when some people saw the pictures on my instagram page, they challenged me that I cannot dare do the same in Lagos, as a man who loves challenges, I decided to take it up. The other reason was that I really wanted to go down to the level of the real ordinary Nigerians and see how they commute and live their lives every day.
“That ride from Sango Ota was very revealing for me. It exposed the poor state of our transport system and the fact that government has failed in many ways to help the people at the lowest end of the economic ladder. The experience will remain with me for long”

Also at the occasion, Mr Otedola  revealed his encounters with the late Bashorun MKO Abiola and how he made an attempt to free the late philanthropist from Prison.
In his words “My late father felt Chief Abiola would make a great president because of his deep wisdom, expansive heart and pan-Nigerian outlook.

“A sad reminder of his arrest in 1994 was the picture of him alighting from a Black Maria. Upon seeing this, I called Ibrahim Abacha ( who later died in a plane crash) and requested to see him and we met at the South-West Ikoyi residence of Mr. Peter Igbinedion, the then MD of FAAN.
I told Ibrahim to tell his dad to release MKO as it was not fair for a man who has been denied his mandate to be so humiliated by being put in a Black Maria to which our host, Peter, interjected by saying who is this and he swiftly walked me out of his residence.
“I later ran into Mr. Igbinedion at Asiwaju Bola Tinubus London residence in 2013 and he was begging for my number. How the tables have turned! 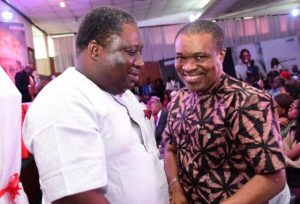 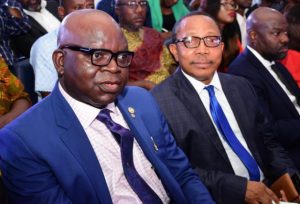 “We witnessed a man who abandoned the worldly comforts his wealth assured and was transformed in the fight for his mandate, believed in it and died for it.

“I have studied Chief Abiola’s life in politics, philanthropy and most importantly building people and his doggedness, fairness, wisdom and good heart are traits that should be emulated. He was a man for all seasons” 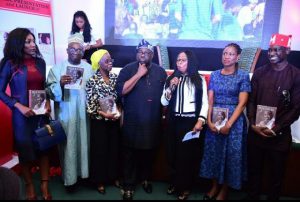 ” As a young entrepreneur I had a taste of Abiola’s magnanimity and kindness. I developed the idea for an Awolowo Memorial Concert which I shared with my good friend and papa Awolowo’s grandson, Segun who went to see Chief Abiola on our intention to have him as the chairman of the event and despite his political difference with Pa Awolowo in his lifetime, he not only showed up but arrived with his late wife, Alhaja Simbiat Abiola and they danced to the various artistes especially sir Shina Peters.
The highlight for Segun and I was the NGN100,000 cheque he gave us at the event. A huge amount back then and we admired it all the way to the bank.
“In 1991, I sold the idea to run for the governorship of Lagos state to my late father, Sir Michael Otedola and he dismissed it saying politics is not for Omoluabis and he also made a reference to the travails of Chief Abiola with the NPN leading to his much-publicized retirement from politics. After much persistence, I succeeded in getting him to run and the rest is history.

After my father’s victory at the polls and seeing the need to rest, the then governor of Lagos state, Brig. Gen. Raji Rasaki Rtd, advised him to rest for two weeks and restricted visits and provided the LASG Guest House by Joel Ogunnaike Road Ikeja for the purpose. 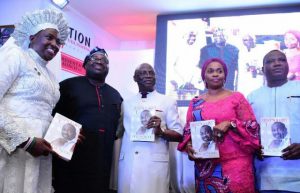