22 year old Irene Chiamaka Nwachukwu insists Jamil Abubakar, the husband of Fatima – daughter of one of Africa’s richest men, Aliko Dangote – is the father of her 7weeks old son.

Irene claims she was eight months pregnant when Jamil and Fatima staged their lavish society wedding.

The baby mama claimed Jamil failed to disclosed he was involved with another person as at the time she was intimate with him.

The baby mama who blew the lid off what she labeled getting out of hand messy affair in a social media post claimed that Jamil is trying to silence her while negotiation is on with their lawyers for a pay off. 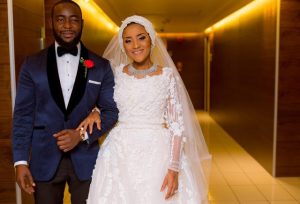 This development comes barely three months after the hugely celebrated Kano and Lagos wedding ceremonies of Jamil and Fatima.

The wedding which attracted the who is who all over had in attendance world second richest man Bill Gates, Vice President Yemi Osinbajo, Senate President Bukola Saraki and a litany of power brokers and movers and shakers from far and near. 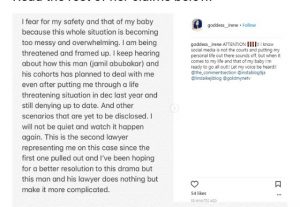 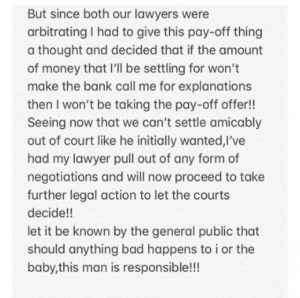 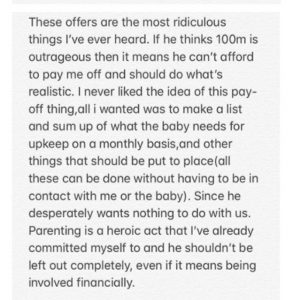 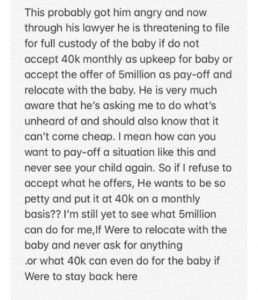 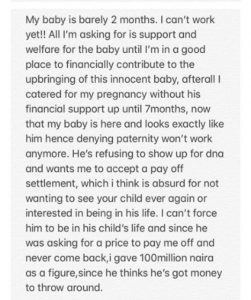 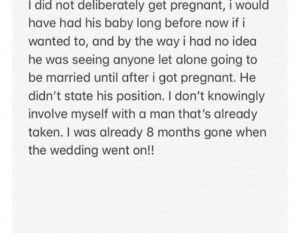 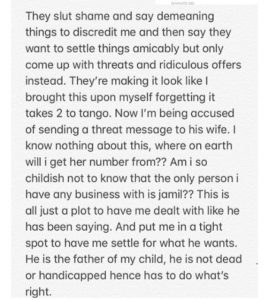