It was with happiness that many of us reported what we believed was a good news involving his royal majesty, Alaiyeluwa Oba Saheed Ademola Elegushi Kusenla III getting wedded to his supposed new wife, Hadiza Tanko Yakasai, who is the delightsome younger sister of a Special Adviser to his Excellency, the Executive Governor of Kano State, Dr. Umar Ganduje, in the person of Salihu Tanko Yakasai.

Salihu had by himself without being forced put the news out a few hours ago, stating that his sister was getting married to an Elegushi and was inviting all and sundry to the event.

But strangely after the news of the impending wedding had gone viral and with pictures and videos of family members of the Elegushi at the occasion in Kano, a supposed aide of his royal majesty has come out with a supposed press release as seen below, pooh-poohing the whole ceremony and even rubbishing the claim of even the supposed new brother-in-law of the king. According to the so called aide, Oba Elegushi was not at any wedding in Kano at all, but instead was in Lafia, Nasarrawa attending the coronation of an Emir. 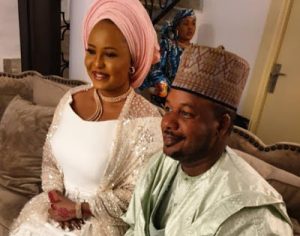 Read the full text of the press release below and judge with the evidences available.

“There has been a media frenzy over the wedding ceremony, allegedly holding between Oba Saheed Ademola Elegushi, Elegushi of Ikate Kingdom and a new bride.

Ordinarily, a wedding ceremony should be a private affair of two consenting adults and families, we however understand the media monitoring of important personalities, which Oba Elegushi is not an exception.

However, we want to appeal to our friends in the media to exercise restrain in the reportage of this private event.

For the avoidance of doubt, Oba Elegushi is in Lafia, Nassarawa State, attending the coronation of the New Emir of Lafia, Hon. Justice Sidi Bage, JSC (rtd).

He is not attending any wedding fathia in any part of the country at this time.

We thank you for your understanding”.

From the above, what the press release has implied outrightly is that Oba Elegushi is not involved in any marriage whatsoever with Hadiza and what that actually states indirectly is that Salihu by that has misled everyone about the whole ceremonies then. So who is saying the truth? The Tope Oyefeso or Salihu Tanko Yakasai.

If Tope Oyefeso says indirectly that Salihu Tanko Yakasai is a prankster who just conjured up the whole wedding ceremony from the figment of his imagination, then the pictures above and below were also part of the great acting too and obviously, his excellency, Governor Umar Ganduje was also part of the newest movie in town then.

See the 2 videos above and then see the other pictures below all, (apart) from the videos were from Salihu’s open page on Instagram. You all can check Dan_tanko on Instagram to ascertain the veracity of our claims. And from the screen shot below, you would see where Salihu as Dan_tanko said and we quote “the newest bride in our house. The Olori (Queen) of Oba Elegushi of IKATELAND, Olori Hadiza Tanko Yakasai. My sister is a Queen! Yayness😎💃

And if for any reason they all deny all we have stated, we would do a part 3 stating everything that happened between last night and this morning as concerning the newest Olori in town. 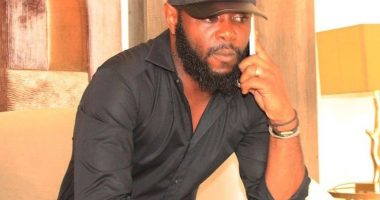