The post has been shared by 0 people.
Facebook 0
Twitter 0
Mail 0
WhatsApp 0
There is a growing buzz in high society.
And it is all about the much-anticipated wedding of Coronation Bank director Aigbovbiose Imoukhuede and Funke Fowler.
There were intense reports months back that the daughter of tax man Tunde Fowler and younger brother to former Chief Executive Officer of Access Bank Aigboje “Aig” Imoukhuede were about to tie the marital knot.
Tax Man Tunde Fowler’s Daughter Funke Finds Love Again In Aigbovbiose Younger Brother Of Aig Imokhuede
The massive reports claimed the wedding would happen in “weeks”.
But months later the “love birds tagged a perfect match” are yet to take the highly celebrated plunge into matrimony.
And growing talks about the “state of the reported altar-bound relationship” have taken over.
Some have gone as far as to claim the affair that would have resulted in Funke’s second chance at matrimony “is no more”. 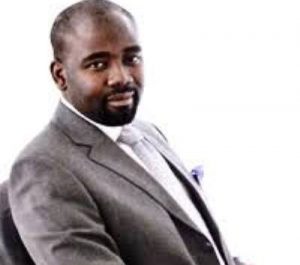 Before the hugely celebrated – allegedly – impending wedding, Funke suffered a short lived marriage to Abiodun Kuku.
The society wedding to Abbey – as her former husband is known – packed up so fast that many doubted the rumours when it started.
Tunde Fowler’s daughter reportedly went on to try her hands on love again with father’s friend,Captain Noggie Meggison it obviously didn’t work out with Coronation Bank Director Aigbovbiose now touted as the “main man”.
But as much anticipated wedding between the two delays – months after the speculated period – tongues are beginning to wag in High Society about “what could possibly” be the cause.